represents the genius of the architect,
photo-reportage by Wiesław Sadurski. 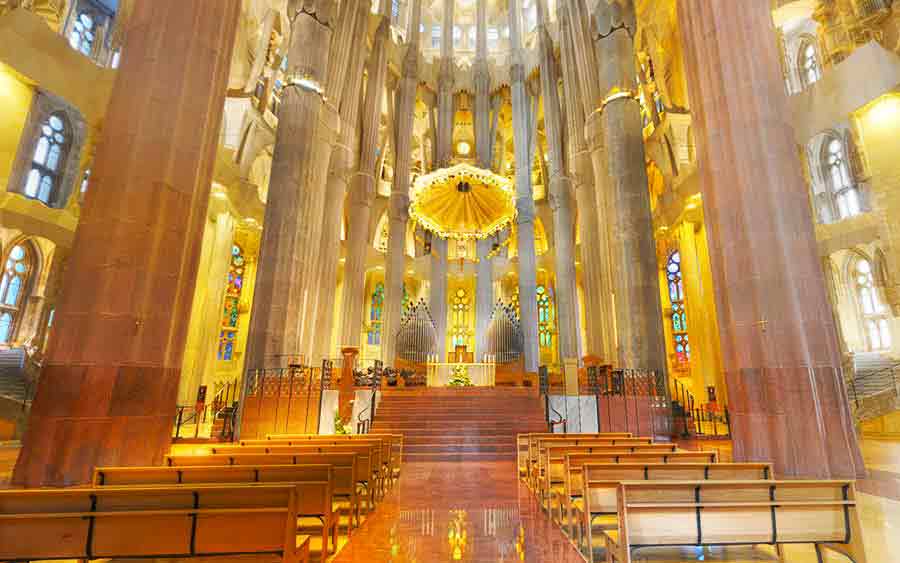 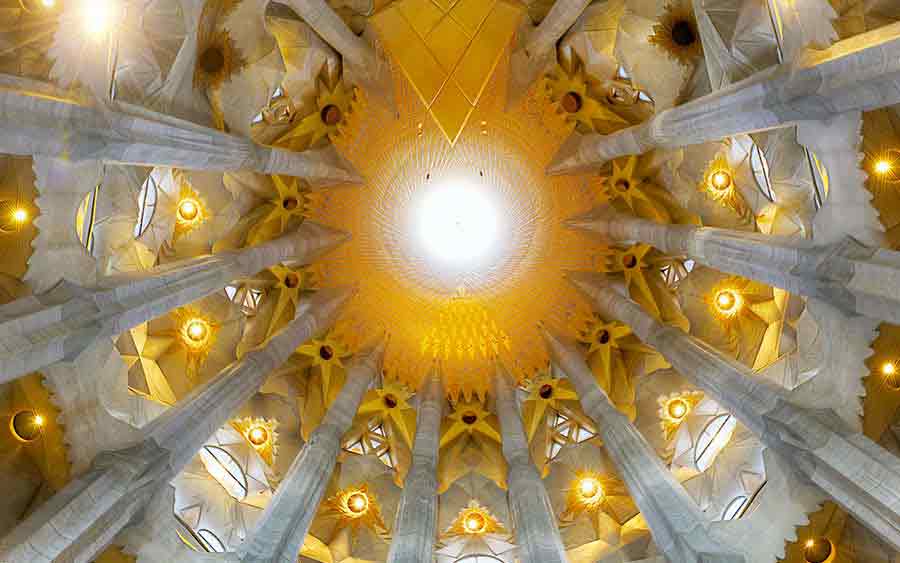 Antoni Gaudi is a Catalan architect considered to be one of the geniuses of architecture. From childhood, Gaudí was a careful observer of nature, attracted to shapes, colors and geometry.

He has worked to create private residences such as Casa Vicens and Palau Güell; some clients have commissioned him with residential buildings, three of which are in Barcelona: Casa Calvet, Casa Batllo and Casa Mila.

Antoni Gaudi goes beyond Gothic and works to create modern architecture. The main role is played by geometric and structural elements, the plasticity of wavy lines and the harmony of colors and materials, both architectural structures and carved elements.

Antoni Gaudí is an artist who was ahead of his time and was misunderstood by his time.

On 7 June 1926, at the junction of Gran Via de les Corts Catalanes and Carrer de Bailèn, Gaudí was knocked down by a number 30 tram.

Seriously injured, he was taken to the Hospital de la Santa Creu, where he died three days later.

His body was buried on 12 June in the Carmen chapel in the crypt of La Sagrada Família.

His coffin, which was carried through a large part of the city, was followed by a crowd who wanted to say farewell to the man who was the city’s most illustrious architect.