Paintings made of dried remains of oil paints from the palette.

Cleaning my palette every month or so, and what I scratched off with my knife was then dry preserved in glasses.
Ten years long I was collecting dried remains of oil paints. Colorful pieces. Lots of them! 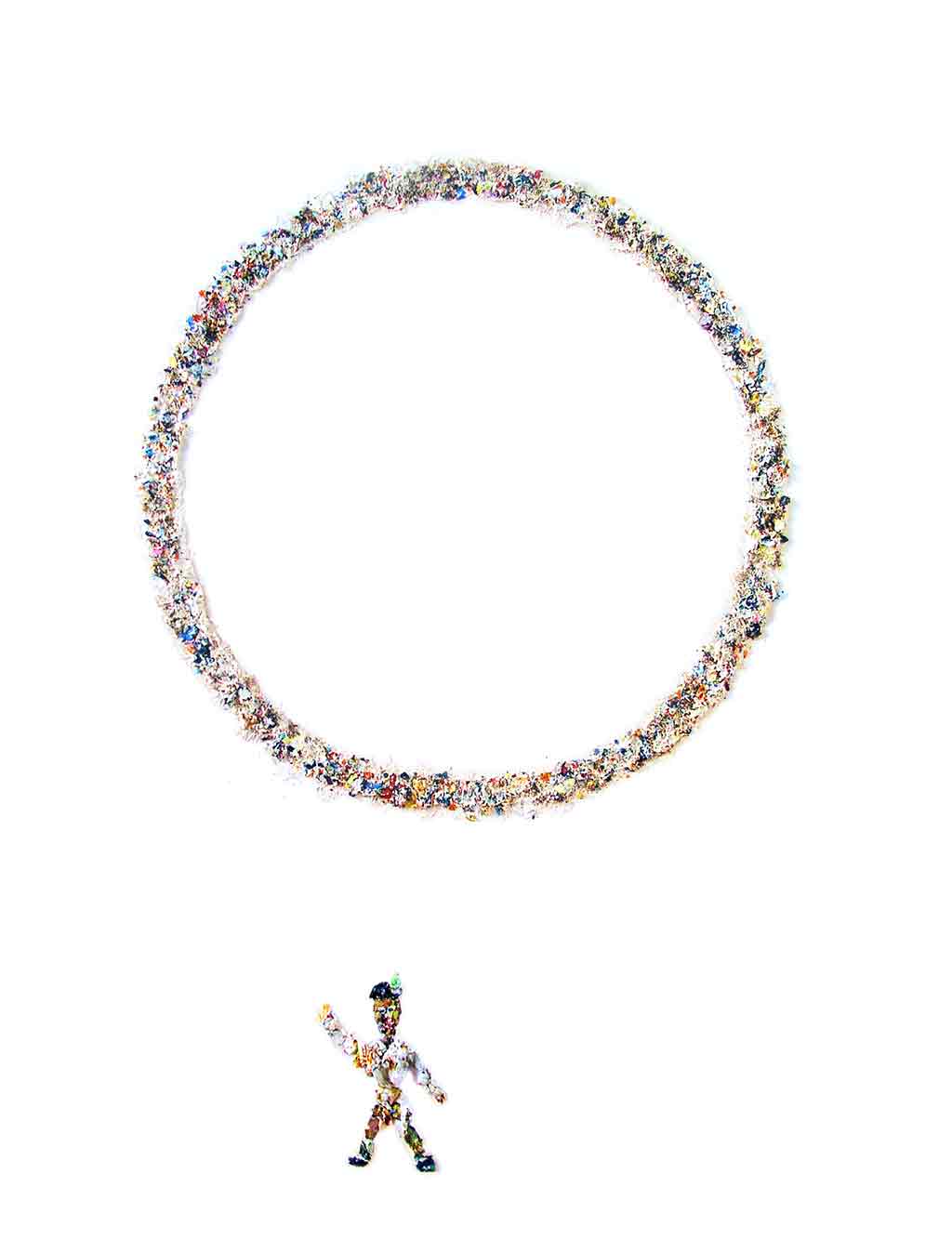 Little Man with a Great Fullness, 1983

Summer 1983, I created this Little Man with a Great Fullness above him.
But only two years later, summer 1985, I prepared eight square canvases for a new concept. Recycling.

Technically it looked so: canvas on the floor, partly - where it was needed - painted with thick white primer,
then dried colorful oil crumbs were placed onto it.

At the age of twelve I revolted, refused to go to church. Turning thirteen, I had to live in a monastery, wow! Soon expelled.

Okay, later studied philosophy and went a long way to learn the movements of the universe.

At thirty discovered Zen-teaching and fell in love with it. Started to paint, doing Za-zen and Yoga.
Now, reading the New Testament, Upanishads, studying Tibetan mysticism and modern physics. Becoming religious, so to speak.

Then I had a dream one night about lying on the wet earth, weeping in despair, on a cold and rainy morning.

There was a little country road, some loud motorbikes passing by along, and several Roman warriors on horseback.

Seeing many time periods meeting simultaneously, I could only scream, cry, and wriggle with pain like a worm on muddy soil - because there, far from here, they were crucifying my beloved brother, master and all my love - and I could do nothing but scream with terror.

So the last image in the series is one of Jesus.

I was scratching and cleaning my palette thoroughly to get the last available "material".

When the painting dried and went up on the wall, I saw in the shape of the head different faces and silhouettes.

Those small particles of oil dance on the white background and give freedom for fantasy to begin. Therefore the title.

Aura of the possible Painting, 1985


Early 1978 I painted this Morning Song, contrasting many-layered brushwork with dried colorful oil crumbs.
There are several paintings more like this one - on other Painting Pages.